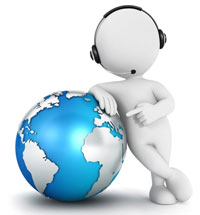 In 2003, plans were made to upgrade Bonifacio Global City (BGC), part of a former Philippine Army base near Manila, into a world-class business and residential center. The Bonifacio Global City Estate Association (BGCEA), which provides integrated property management services, began working to transform BGC into Manila’s ‘crown jewel’ and a model for other cities. Today, BGC is a thriving financial and residential district.

“With the rapid growth of BGC as a successful world-class commercial and residential development, we continuously look for ways to improve services for Bonifacio citizens,” said Rodney M. Medrano, Executive Director, BGCEA.

A major goal was to make BGC a safer city.

Medrano said one of BGCEA’s first tasks was to ensure that the city had the right infrastructure to manage and maintain security.

Previously, city surveillance consisted primarily of low-definition analog cameras that did not meet safety requirements. Low-resolution surveillance footage lacked the kind of detail needed by law enforcement to carry out successful investigations. For example, car license plates were unreadable. In addition, manual conversion of all videos from analog to digital, coupled with serious storage constraints, meant that the videos could not be kept for very long after conversion.

All these issues severely hampered law enforcement and crime prevention efforts. Giving the city a larger view of public security meant that changes were needed: A new, high-definition surveillance solution had to be centrally connected and managed. Also monitoring points for installed networked cameras needed to be evenly distributed to ensure comprehensive coverage of the city. Finally, these images must be transmitted across varying distances, unblocked by high-rise buildings.

“We wanted to ensure that public safety remained a top priority, and that meant overcoming any issues with the underlying security and network infrastructure,” Medrano said.

BCG first contacted Huawei in 2014. While competing vendors were considered, none were able to offer Huawei’s comprehensive solution that addressed all the city’s public security concerns.

“We were thoroughly impressed, even at the proof-of-concept stage,“ said Bernard Beltran, IT manager, Fort Bonifacio Development Corporation. “Huawei looked into every possible aspect of the issues we presented, and arrived at a set of solutions that left no stone unturned.“

Cameras are connected to a central command center by means of a Wi-Fi backhaul network across the city’s major grids. This makes an expensive fiber network unnecessary. Personnel at the command center use video analytics to coordinate camera visuals. Although BCG now uses a microwave backhaul network, it plans to soon change to a more cost-efficient mesh network.

BGC was the first Huawei Safe City project in the Philippines. The success of the project lead the city to expand the scope (Phase 2) and increase coverage from 70 percent to 100 percent. Phase 3 is now underway, and includes closed parking areas, office space, major shopping areas, and traffic management with video analytics.